Dedicated to Hermits with Halos 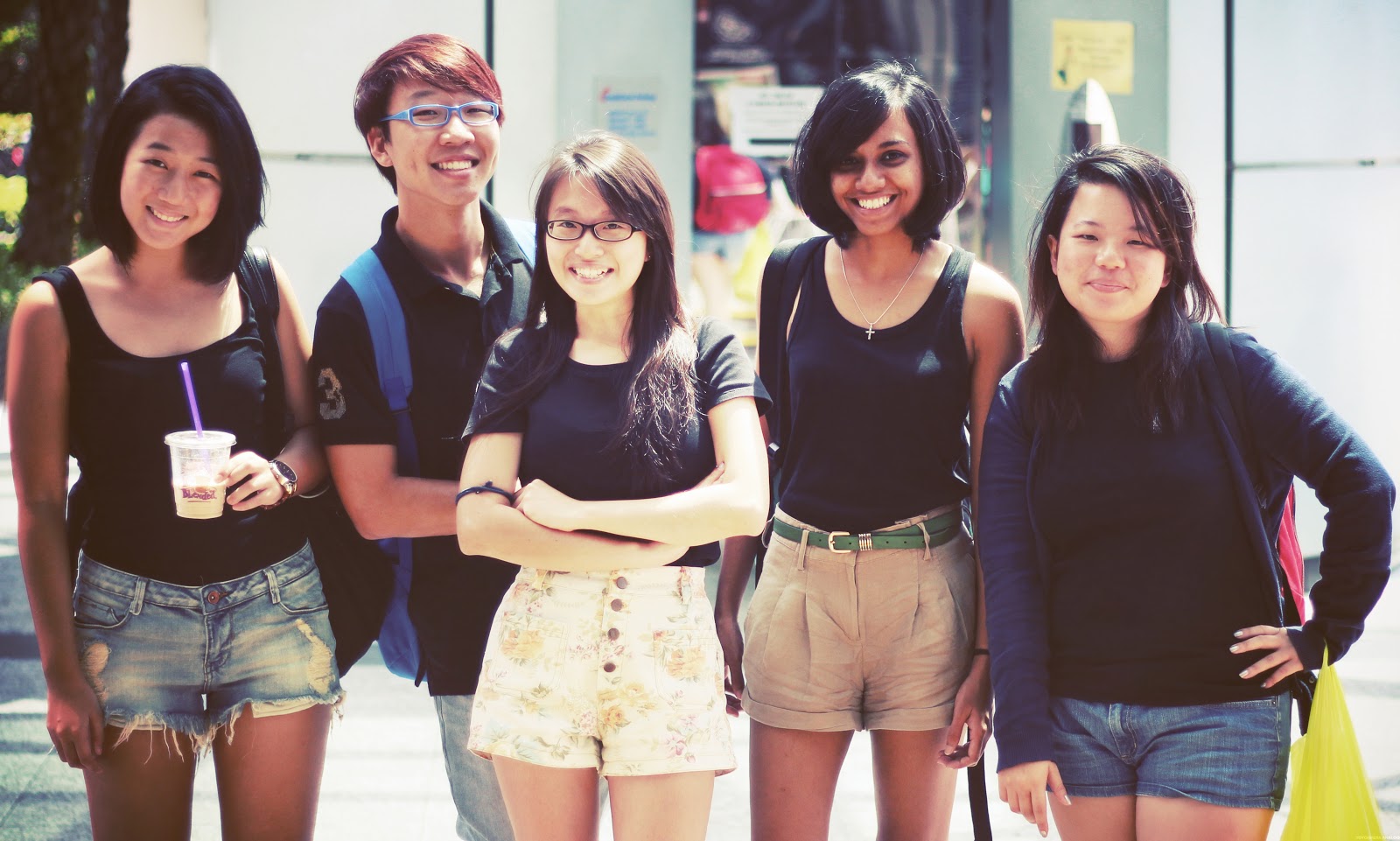 Three days before our short documentary film submission and all I really want to say is thank you Alex, Jo, Cat, and Jess.

A few hours ago when i showed my family our short documentary, I just felt so...happy. This great joy that can only stem from gratitude- gratitude for truly everything that had happened to us as a team.

From the day we decided that having Einstein as our whatsapp conversation picture as only appropriate because he truly is the epitome of a reclusive genius to the countless (creepy) surprises we have had, this really was one heck of a ride.

The very first time we met up and explored Singapore with a few addresses and rolls of tau sar piah (as erm, door gifts) in our hands and ambitious hearts, I remember us being so clueless and just walking through levels of rented flats at Jalan Besar. We stumbled upon an old shop selling grounded coffee beans, joked and toyed with the idea of changing our project entirely to featuring that as a disappearing trade. And well now...am i glad we stuck till the end with our chosen topic :')

But anyway how, days passed by with us going anywhere our feet could carry us, and as long as there were places to fill our stomachs on the way. Coffeeshops, cafes, random eatery at the community centre, train station bread shops, we've been there. The thing is, we just could not find a family to feature on our documentary.

Coupled with a sick feeling inside us that we were selfish people looking for fellow human beings just for the sake of our project, we were really losing that zeal we had. After speaking to countless strangers, social workers, a clinical psychologist, even attempted stalking, and not to say the added pressure around us when most of our course mates are already onto editing their videos, we counted ourselves lucky to be at the brink of hopelessness.

Essentially, it was down to either a miracle happening and meeting someone who's willing and able to help in our documentary, or a stop motion video featuring Hoardie, a wooden figurine from Art Friend.

And like all fairy tales and because God is good, we really did meet someone who is now our wonderful benefactor (and friend!!). He had nothing to gain, but gave unconditionally to our project, even having us under disguise to film.

After numerous emails back and forth, viewing photos and literally memorizing the floor plan of the house, I...was still nervous. Battle plan was in and out of the house in 2 hours, avoid giving the game away, get the footage and vanish.

Sounds grossly selfish and unethical... sigh. So on our part, we have promised to keep the video from anywhere near YouTube and thanked our new found friend in practically every single text message exchanged.

So the day came when we had that mere hours to film and even still barely believing in ourselves (we were like what, less than 3 weeks away from submission??), managed to place courage in one another. I cannot even go about describing how all the factors played out so amazingly on that day, when the rain came and eased at the right time, Uncle was not at home the entire day, Grandpa coming home, to our very pleasant surprise.

Truly as photographer Tim Walker writes in his book, he believes in divine intervention especially when involved in something creative. Who knows when a bird would fly into the frame when the photographer decides to snap?

I can't be thankful enough for the sweetest teammates, who went in and out under the rain, exchanging cameras, looking for lens caps, and walking far out to get us drinks (it was the best Teh-o Peng i had, Caty).

And now into post-production, we stuck by each other (though i still feel guilty for being completely useless at editing), and funkybunny32 Jo saves the day with her poly skills hehe. And really, thanks for trusting me with the camera and direction, considering there can be pretty much no retakes!!, when even i doubted myself.

Looking back, it certainly was nothing short of an amazing thrilling ride, and i hope what i have written can serve to capture these memories and feelings as accurately as possible, though i have obviously left out some details (creepy-"don't ask too much"-woman etc).

Thank you Hermits, i will always hoard you guys in my heart :') 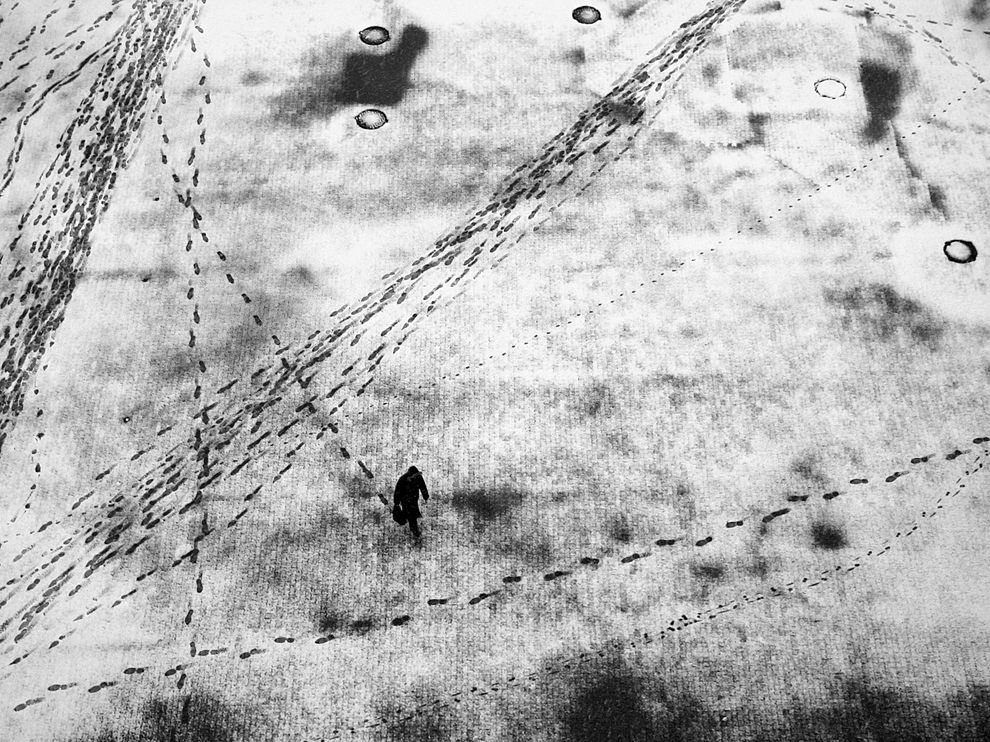 I think... the world is too small a place for my comfort. It gets epic sometimes when people cross paths and im like whaaaaaat before going into crazy-fish-out-of-water mode. Blessedly this hasn't happen too many times.

But it has happened enough times for me to realize I need to deal with it. I mean, c'mon how long more am I going to squirm about and feeling all icky inside. There are just going to be such people who hold no part of my life and heck, may not even know i exist. I can no longer afford to spend brain cells on them!!!!!

ok now to proceed to frozen longans and an episode of Parks & Recreation, yum for both.
at 1:09 am
4 comments 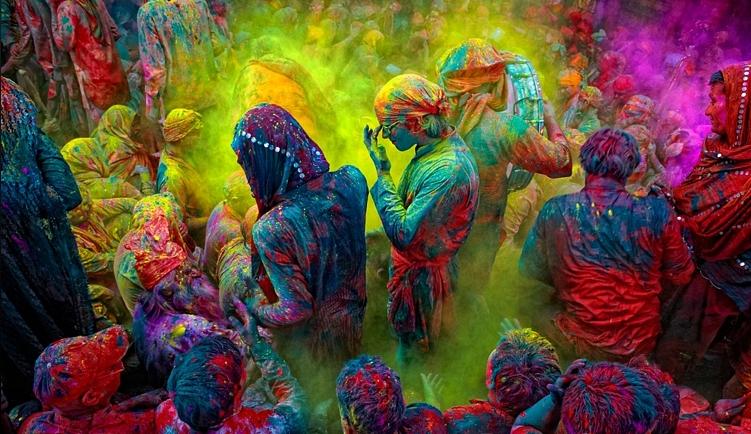 That's amazing on so many levels... and just proves there's so much of the world for me to explore and learn. Till then, i'll be thankful for www.nationalgeographic.com.

On another note, i have obviously stopped writing here for awhile - i remember having multiple mental posts on 2012-in-hindsight, major decisions made, new year resolutions and maybe a few more random posts of words strung together just so my english standard would not be so incredibly dependent on spellcheck.

In a grand attempt to kick the annoying voice in my head - "WHO GIVES A FLYING PEACH ABOUT HOW MANY CUPS OF WATER YOU'RE DRINKING A DAY" - out and to bother writing about well... my life, I've blessedly chanced upon a quote:

Thoughts are lost, unless captured in words.

There, there. But also, had it not been for the fact that a few days back, i picked up my pen and wrote a letter in all honesty, i would have pretty much forgotten what a wonderful feeling it is to write again. Both on good ol' paper and here. It freaks me out a little, had always been over the years and still does, that by writing here I am really putting myself out there. Same goes for twitter and instagram and everywhere else, but nothing quite as vulnerable as this. Or maybe i am just over-thinking it.

But dearest wormy friend Russell sent a text assuring me on though something separate, "You can be afraid to put myself out there, but don't forget that I'm here to catch/pick you up when you fall flat." followed by crazy asterisks accompanying - "IF*****. IF YOU FALL FLAT NOT WHEN." 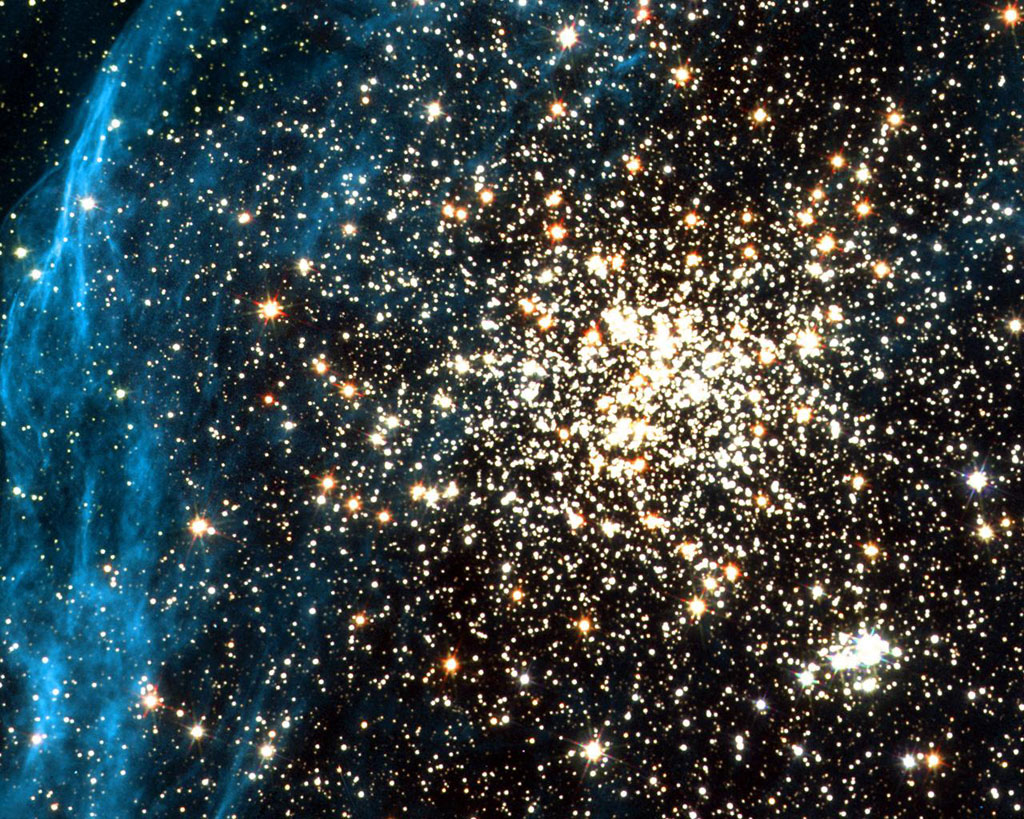 How precious it is, to simply be able to tell someone you miss them. 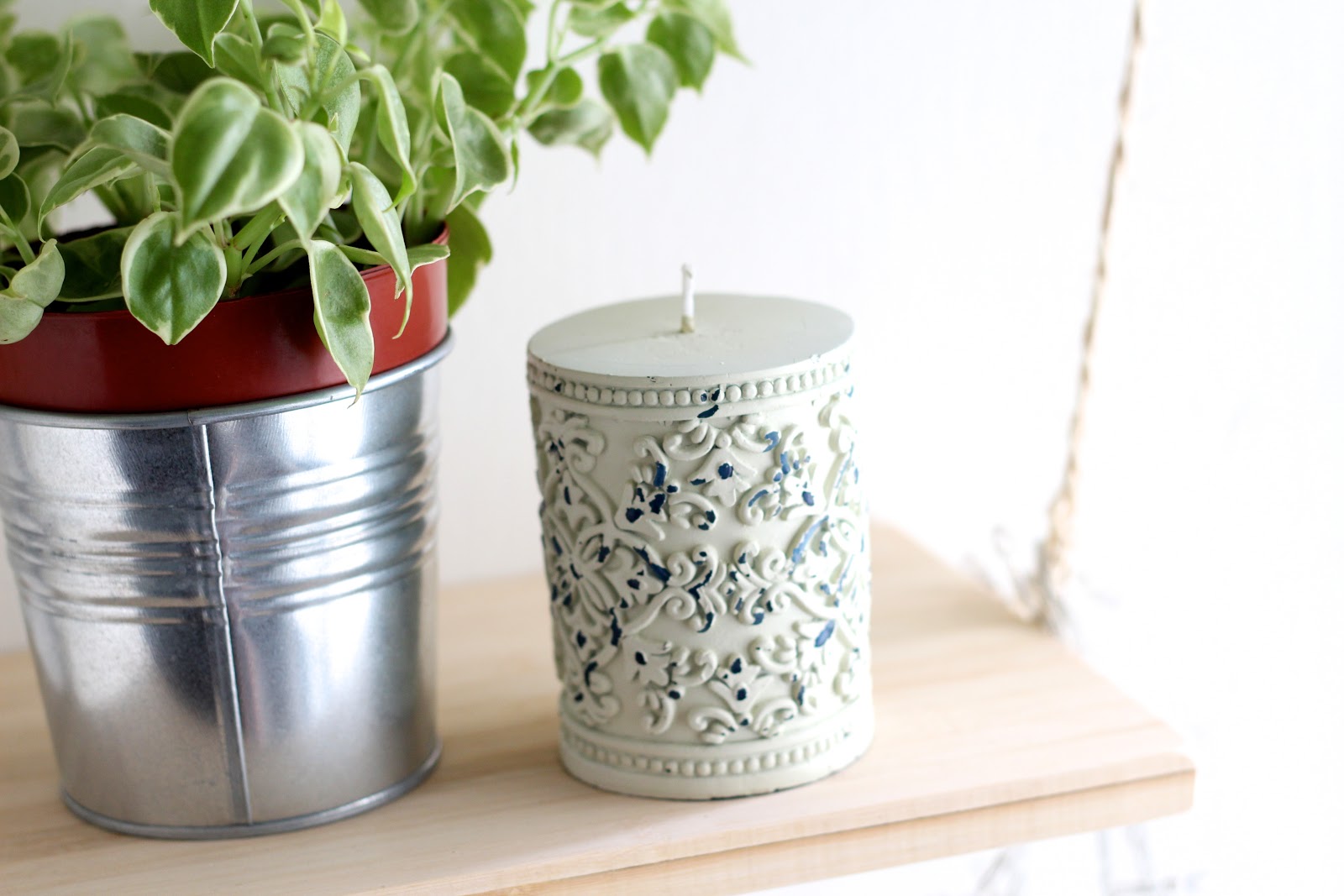 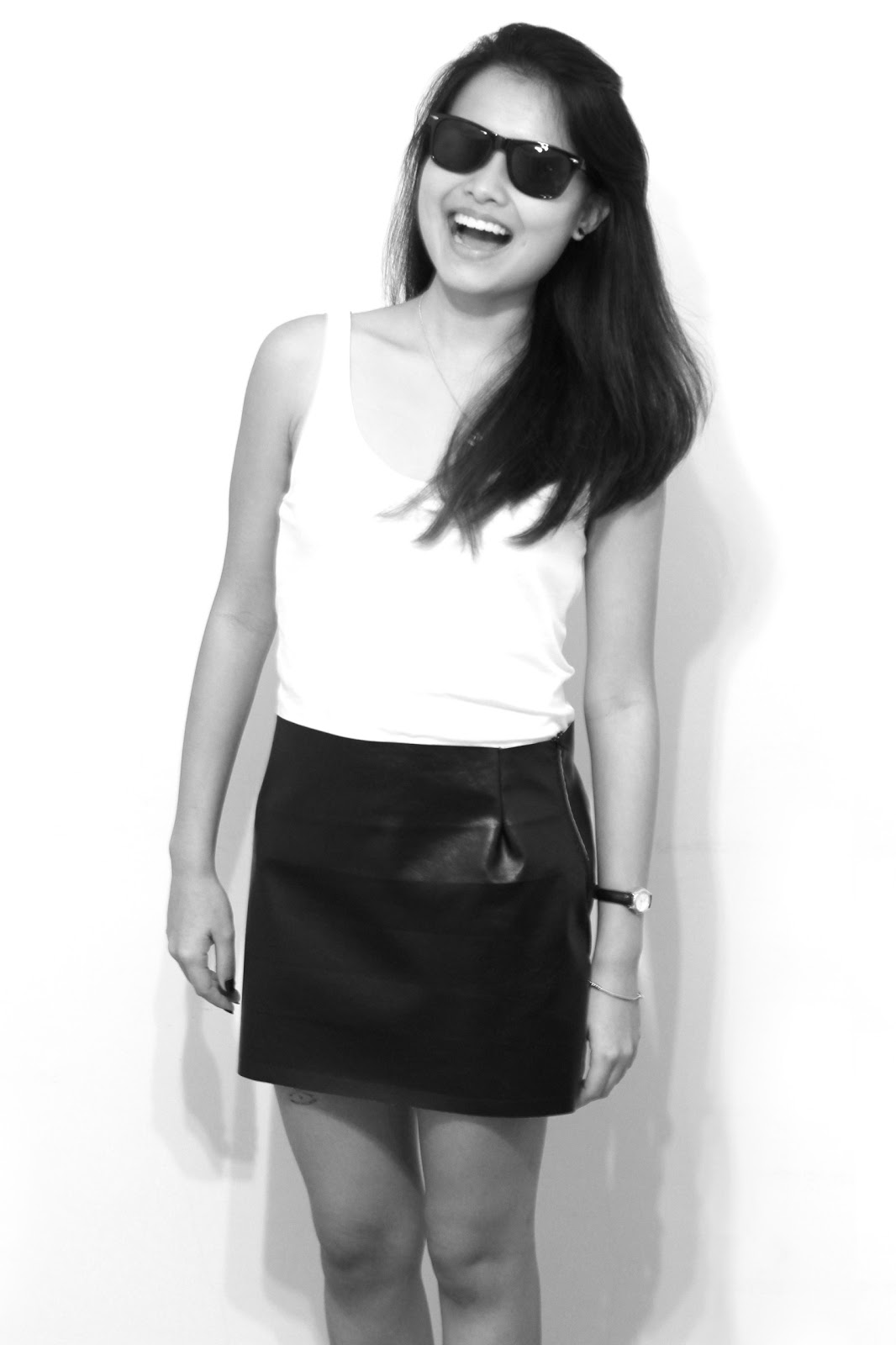 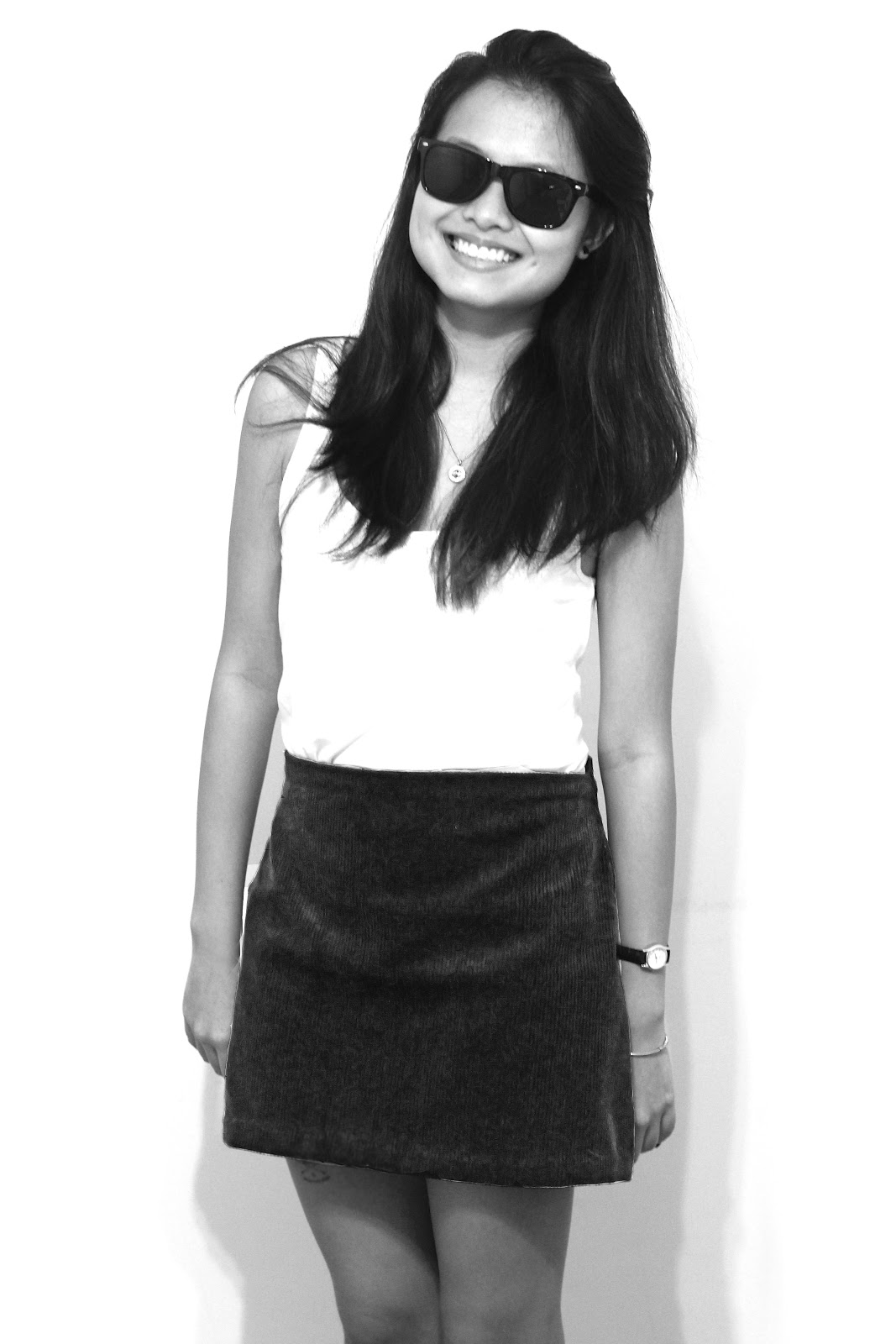 I've got Jayme Chan modeling for me, waddddup.

She's wearing two of my completed holiday projects: a black leather raw edge skirt and the other - a dark emerald green corduroy which is obviously black here because… i gave up trying to adjust the contrast and exposure yada yada in order to make it seem as close to reality as possible. So, BLACK IS THE BEST. FOREVER. AND EVER.

I had such a wonderful day catching up with Jayme, and sipping on our one-for-one Starbucks Christmas frappes. I love university holidays- i wake up feeling bored and we roam about from shop to shop because we have ABSOLUTELY NOTHING TO DO!!!!!! NO USELESS BOOK REVIEWS!!!! NO HOLIDAY ASSIGNMENTS THAT WE ALL KNOW WILL NEVER BE MARKED!!!!

Check out her collarbones and enjoy her sunshine smile AND HEY WHY NOT TELL ME IF YOU WANNA BUY MY SKIRTS, fund the struggling artist? ^^ (Okay, so it's phone bills we are talking about here. Nothing glamorous like a Struggling Artist with capital S and A. Mehhh.)
at 11:37 pm
0 comments Labels: Fashion 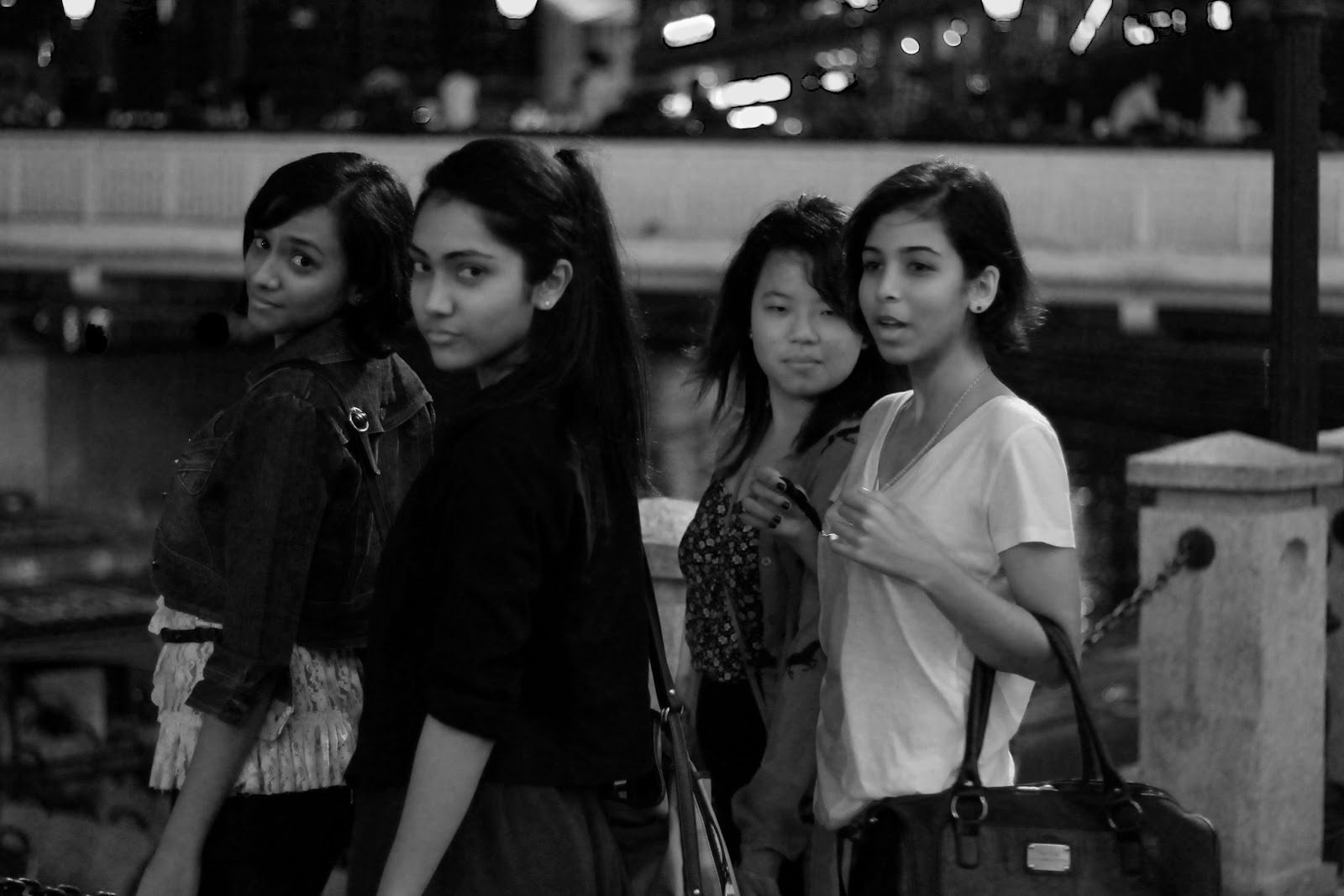 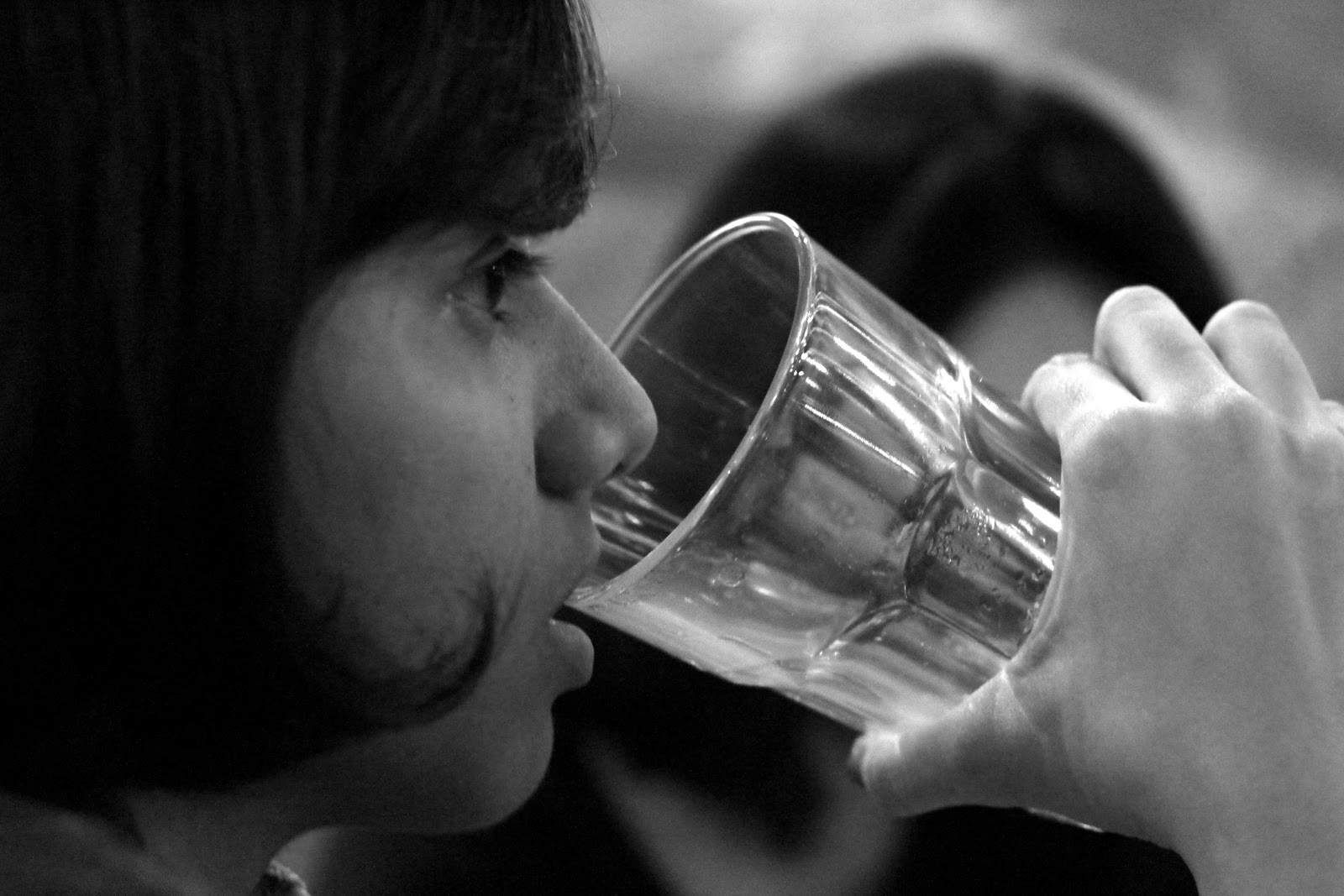 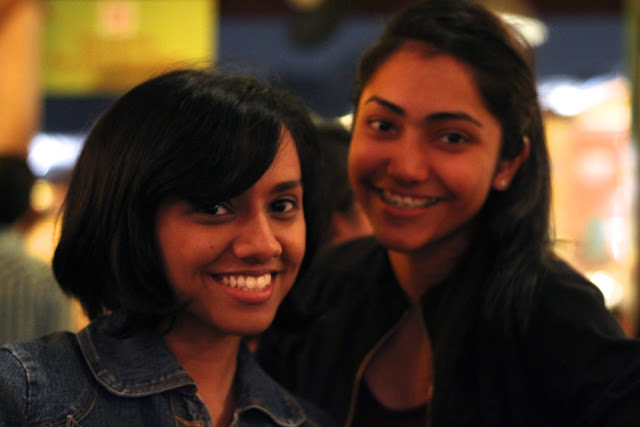 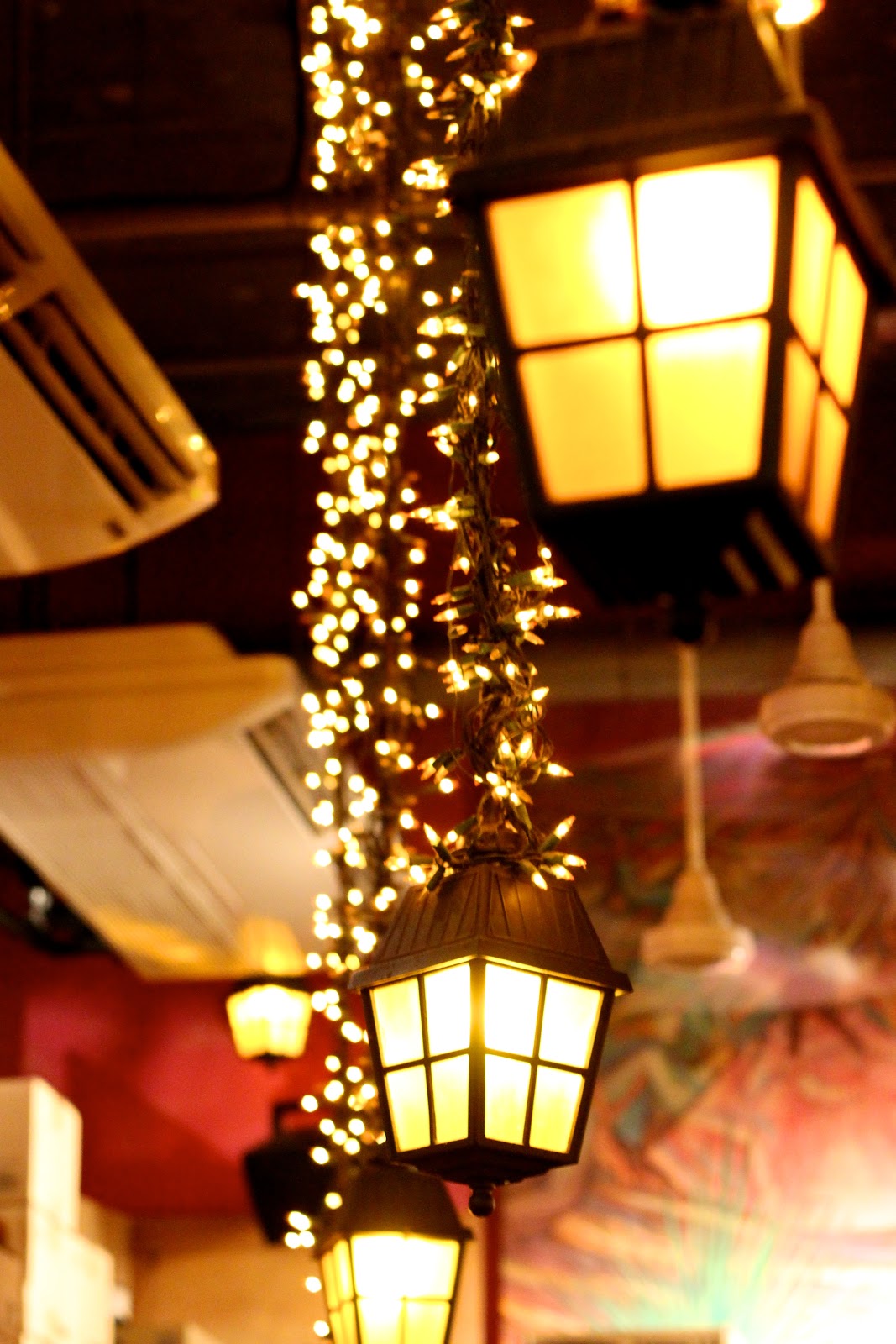 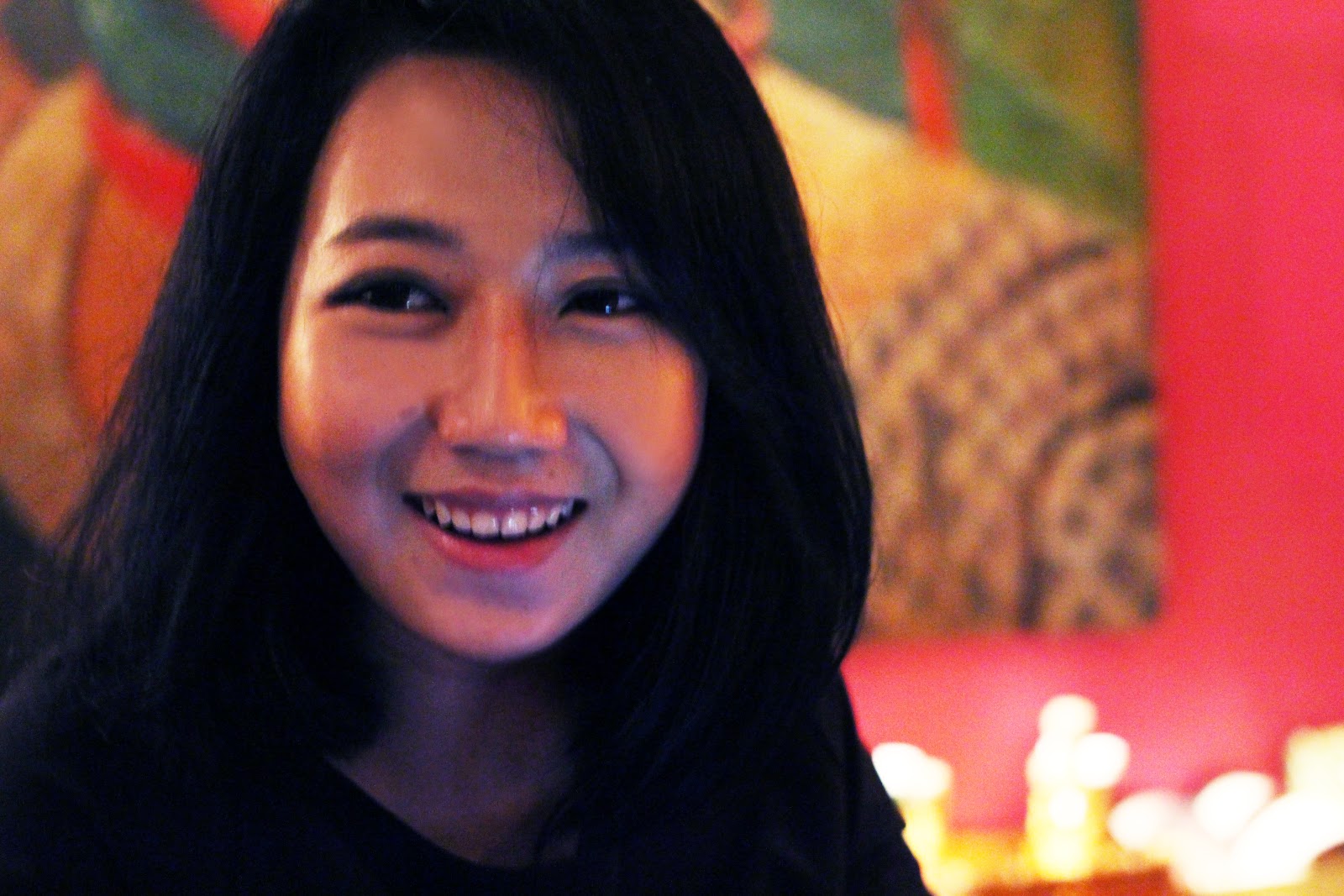 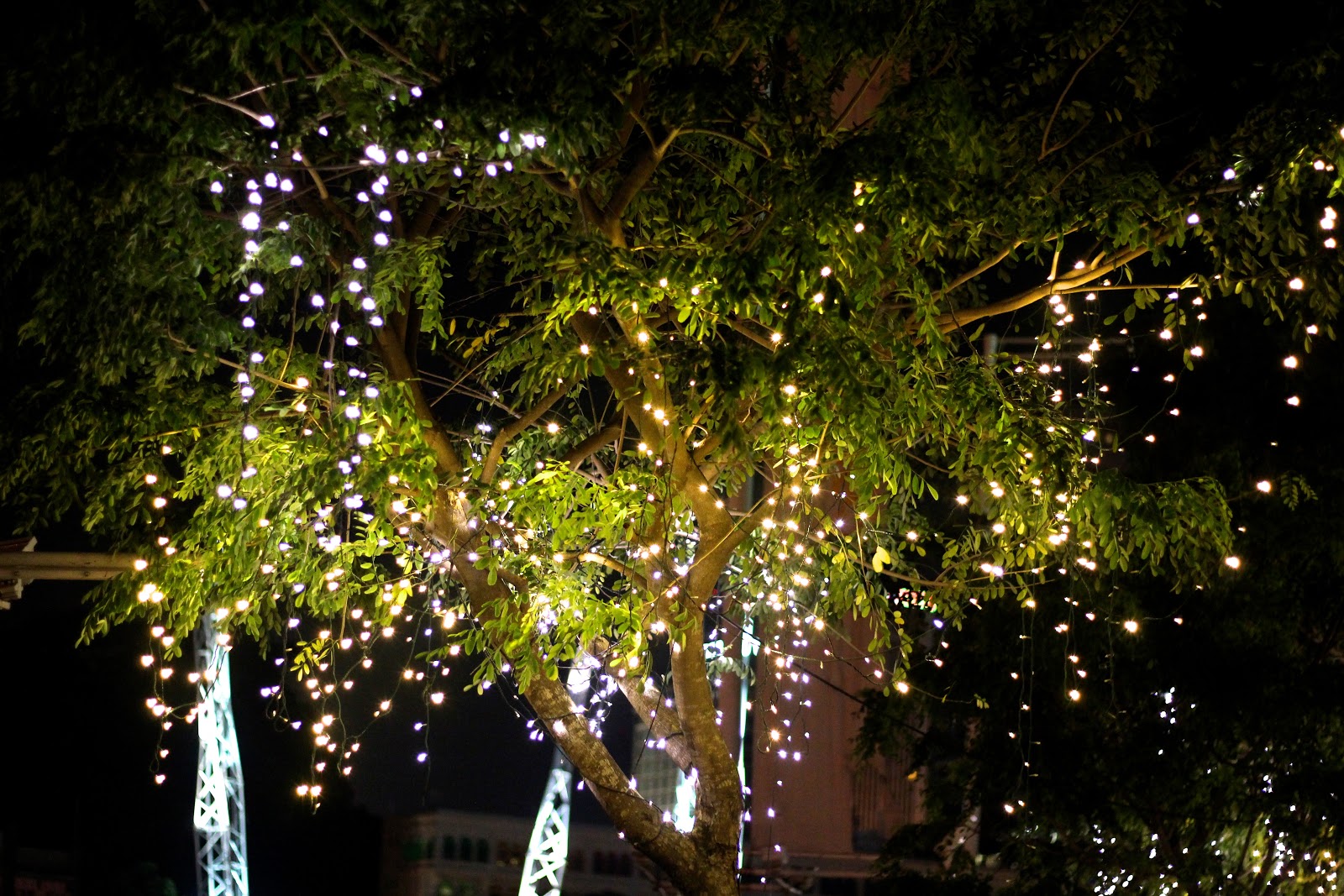 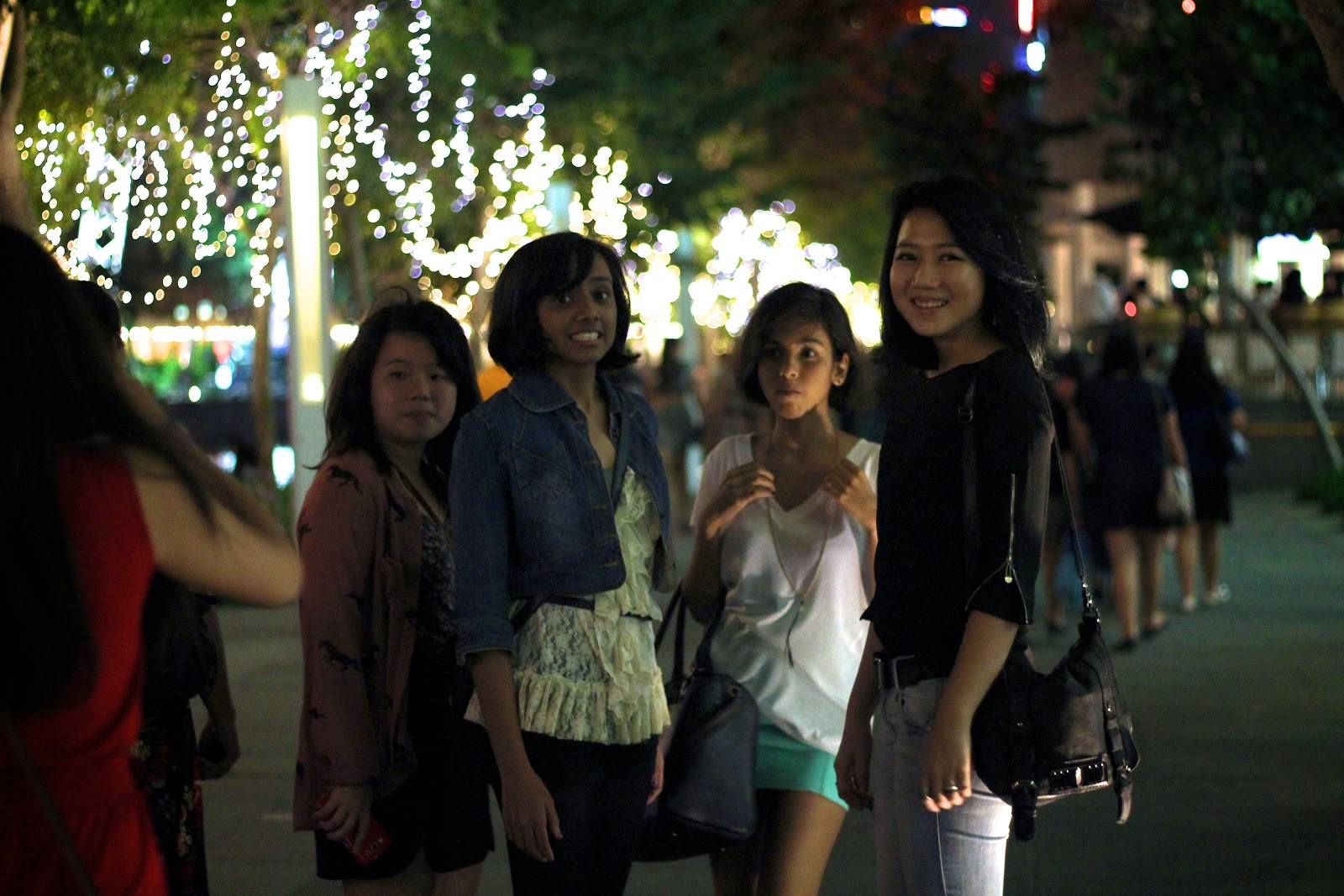 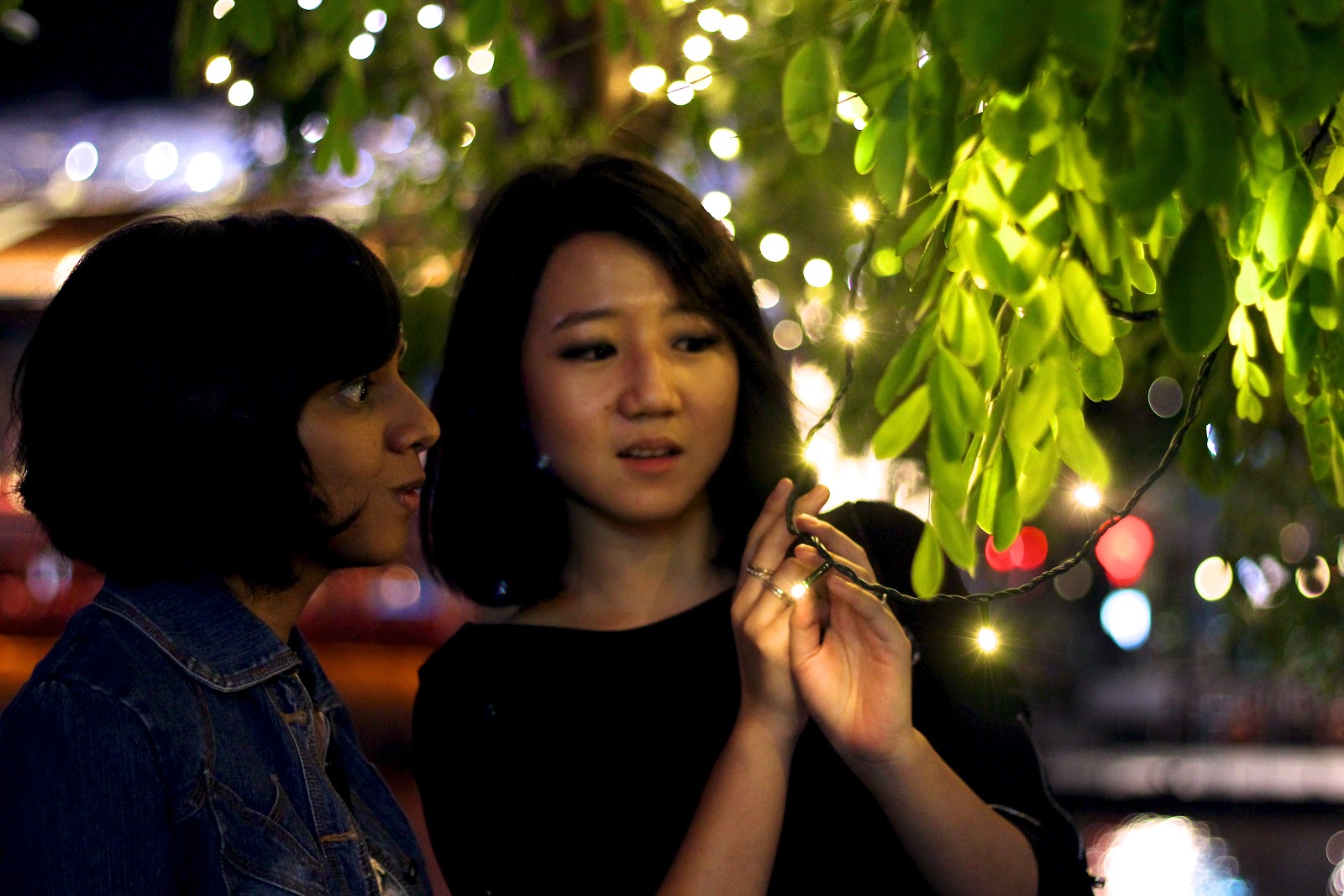 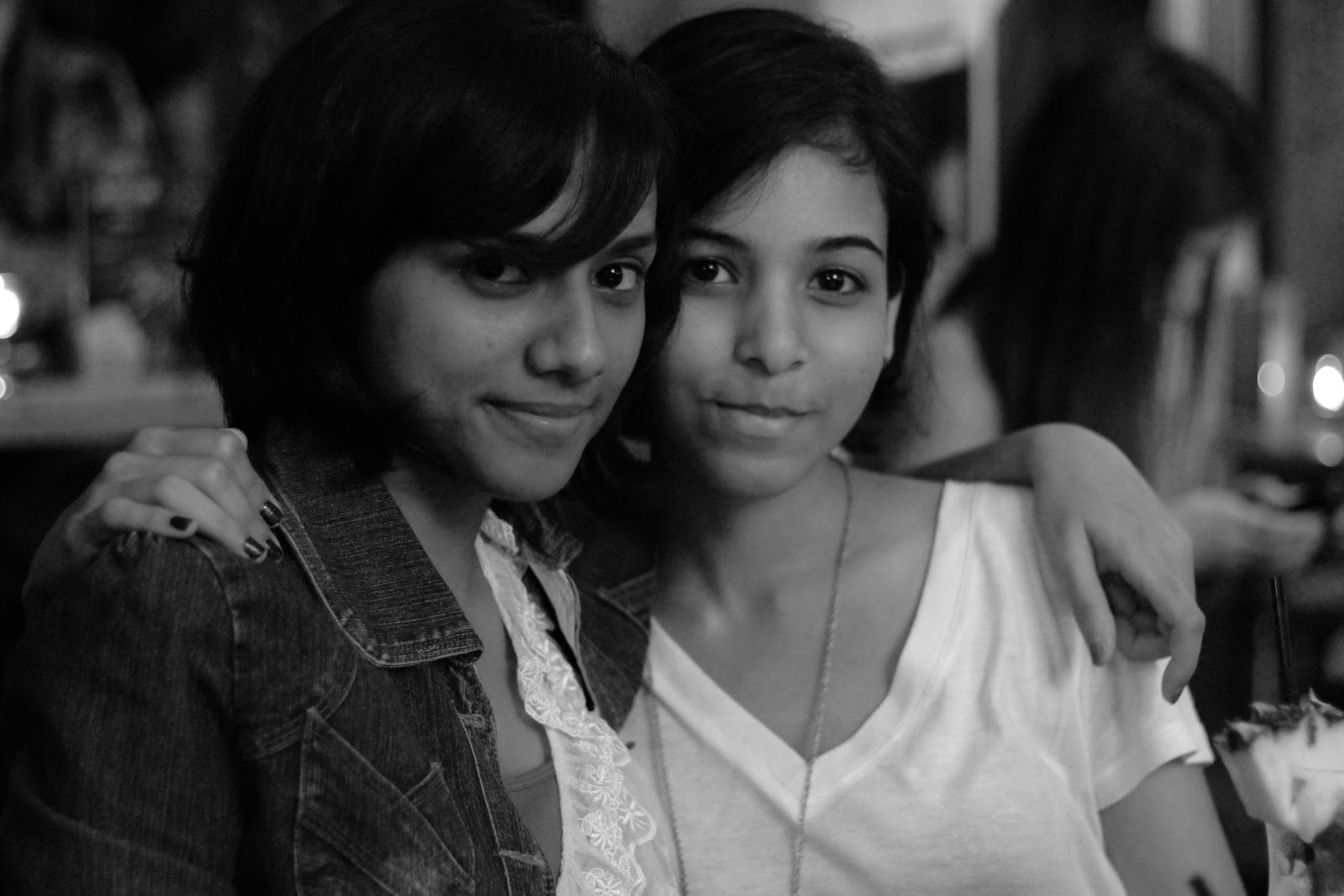 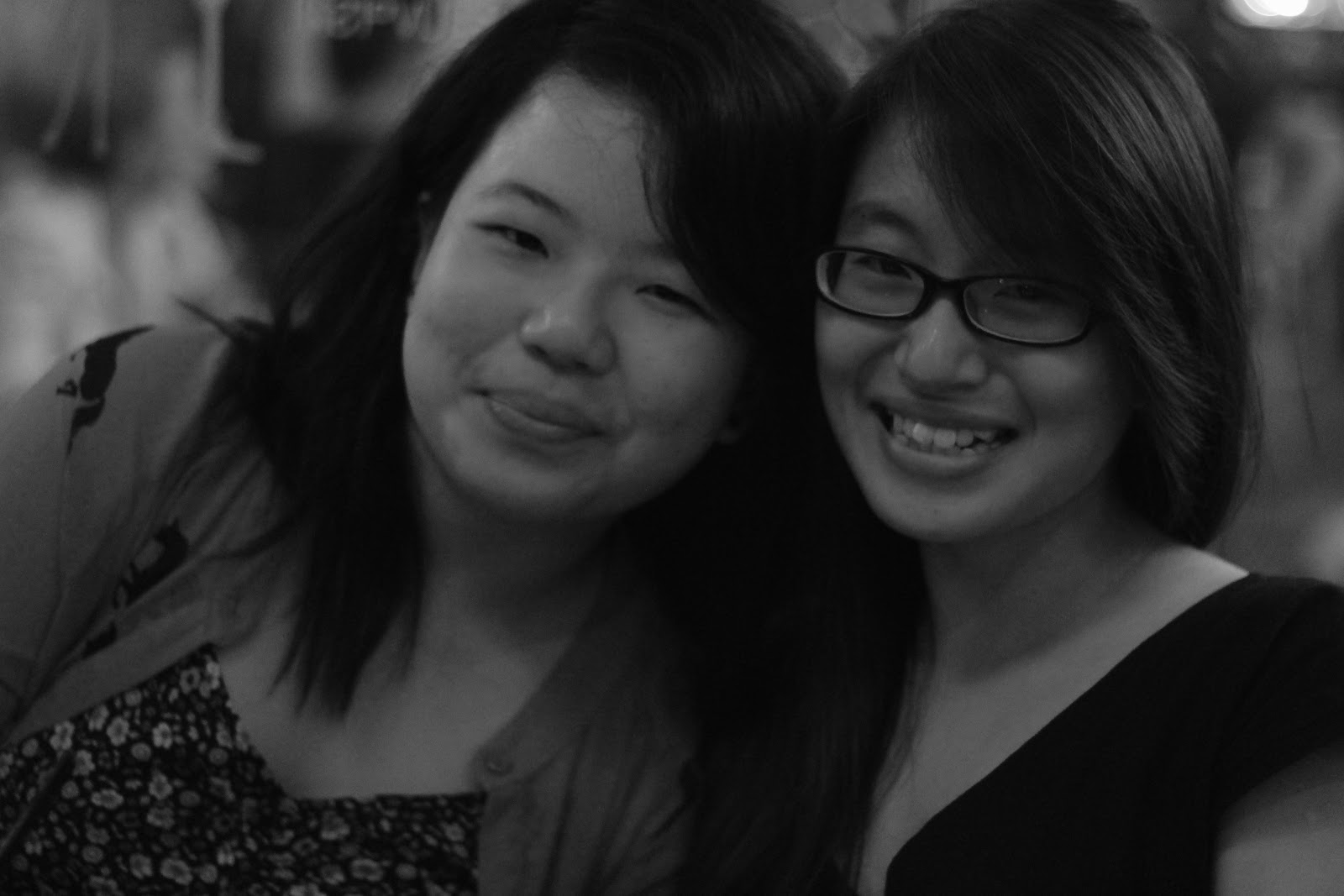 (A week ago actually, but it is only appropriate to be all scream-y and responding to this with the enthusiasm of a nine year old kid when thrown in a candy store. So, indulge me.)

Cafe Iguana along Clarke Quay is really good (my second time there! Whoop.), serving authentic Mexican food along with fiery jalapeños. All right, i don't have the faintest idea what authentic Mexican food is like. But i know what i had was not cinema-standard nachos and the bottles of sauces they serve were, well, never-before-seen. After eyeing the weird colors and having my one-semester-worth-of-spanish speaking friends who helped decipher, we say, bring us more Chimichangas!

We popped into some random Cuban-themed bar after and they had a live band that played my favorite 1950s Rock & Roll songs!!!! Cat and i broke into our retro dance moves as WEEEE ROCK AROUND THE CLOCK TOOONIGHT~

Fine, so i googled for that. 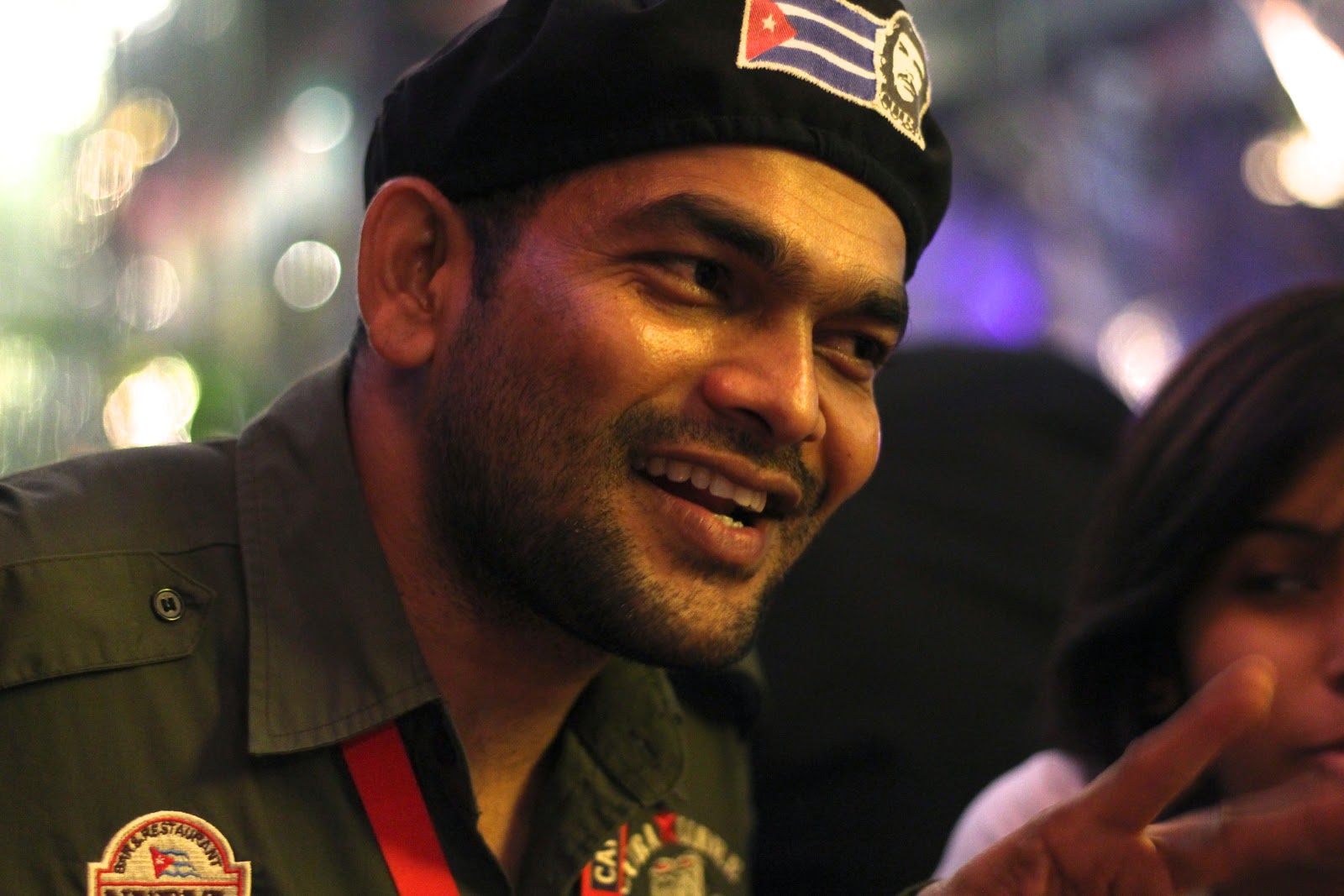 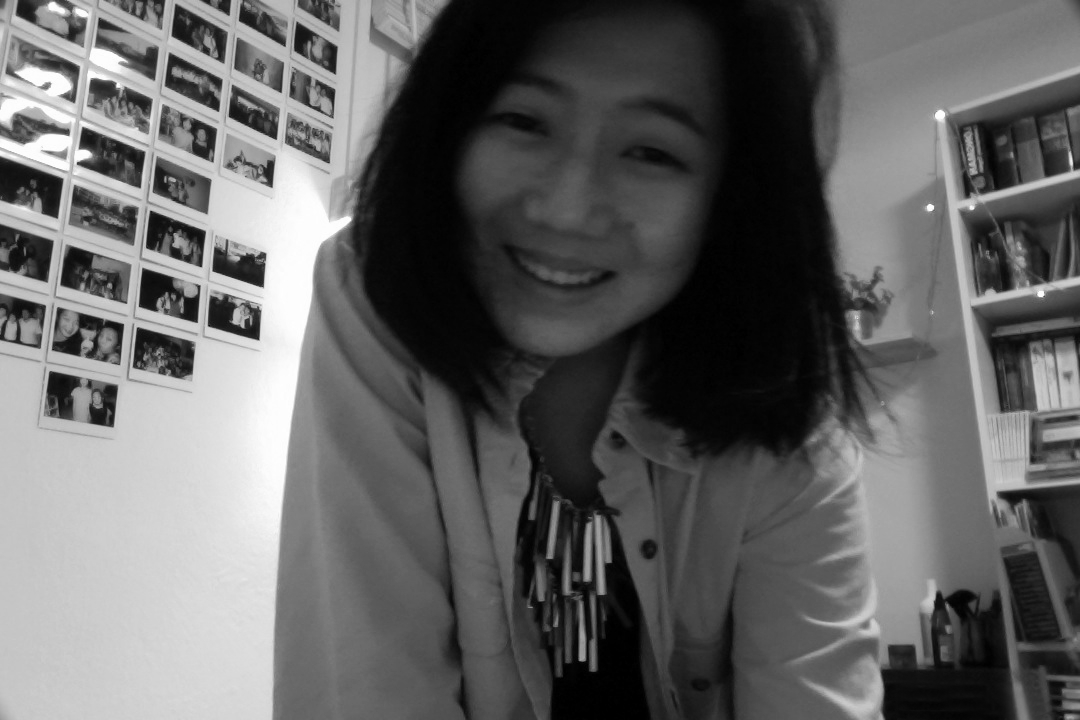 I'M SO HAPPY TODAY (SEE, SMILING ^) BECAUSE IM A REBEL I DIDN'T STUDY WHEN EVERYONE ELSE IS AND I ATE SUSHI WEEEEEEEE

obviously I am panicking with Film Studies paper coming up but my plant, Daisy Moss, grants me serenity so i'm good.
at 1:16 am
0 comments 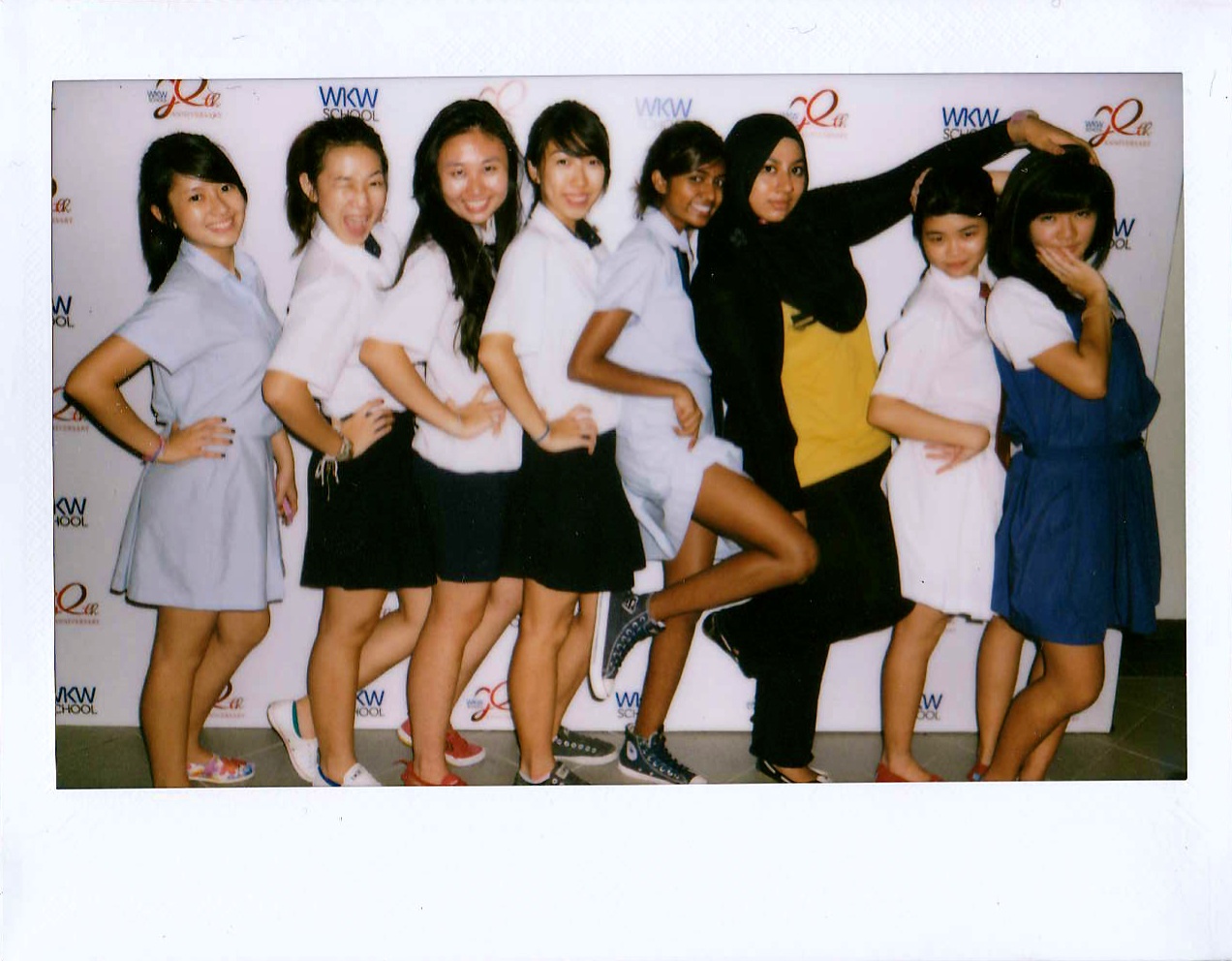 I am strangely happy.

It’s been 10 (gosh T E N) weeks into University and to be honest, i maybe really am getting the hang of things...

All the work that come streaming in, back to back project meetings, my countless nights of sleeping on the sofa/ floor/ table (my highest record was six consecutive days of missing my dear but dangerous bed) had actually contributed to my contentment that i have chosen to take this path. I guess making a really conscious choice to get myself enrolled into school and into WKWSCI for that matter, played a huge role in this fulfillment. It’s just a refusal in me to regret.

Almost entirely because i don’t want to be embarrassed by my own choices.

And that pushed me to seek for strength and goodness; how many of us would say “feeling stretched” is an understatement- i never thought University was like this. But then again, i was absolutely clueless about anything to do with school.

Just a simple fact that i really am enjoying what I’m learning (maybe because if i could get myself to do limestone rocks and differentiation/integration questions for A’s and not develop a wallowing anger towards education, how bad can this be right?) made me happy waking up. (I’m not dying everyday!!!!!- absolute goal of life)

But if school and all that work sounded like a piece of cake, then the friends i have made are the yummier digestive biscuit crust and fruits on top ooooh~ And also the jam laced in between.

WHAT A BAD ANALOGY AND PUN.

Dear Self you get what i mean.

The people i met and made friends with were my solid cornerstones (so sorry friends, to say that ya’ll are stones but how cute an image! And also uh, the digestive biscuit crust).

They are what make my life soooo much better (fruits on top!) and because they were in every part of my 10 weeks, they are also the lacy lacy jam WHY AM I EXPLAINING MY LOUSY ANALOGY.

I can’t envision what lies ahead but i can’t wait too!

Typing this at 6.34am because i woke up from the sofa at 4 and decided to get to work. I kinda like this new-leaf me ;)


WEEKS-LATER-ME: hahaha not bad YOU'VE GOT IT GIRL KEEP IT GOING
at 1:36 am
2 comments Labels: Everyday, School, Thoughts 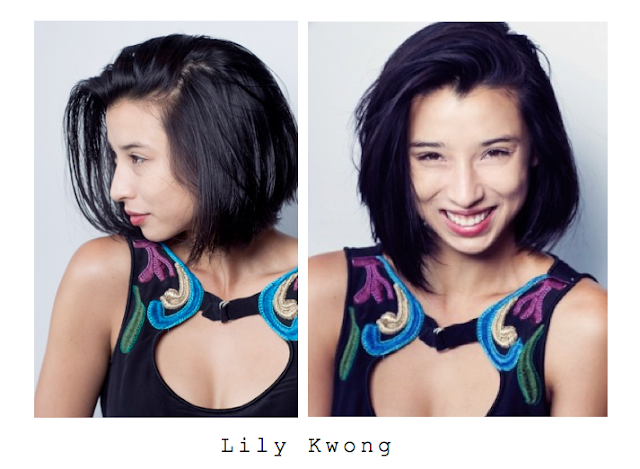