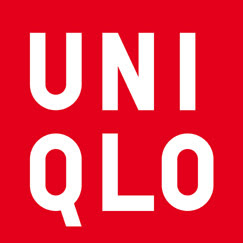 YEEEEEEEEEYAAAAAAAYYYYYYYYYYYYYY COMING ALL THE WAY FROM TOKYO!!!!!
And the first outlet is in.........TAMPINES MAL?!?! (not too bad, considering church is at expo heheheh)
They will soon open another one at Ion orchard... but how soon can it be when the mall is not even ready T.T

I came across this random person's blog post on google while searching for Uniqlo's news, i find it very interesting! 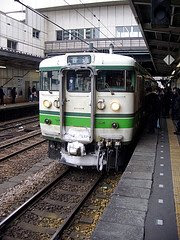 "So you’re probably all familiar by now about the fact that most of transportation that goes on in Japan is done by an elaborate system of local trains. Unlike public transportation in North America, this is a finely tuned system, where everything works perfectly in sync with everything else; except when it doesn’t. This is a story of one of those times.

Normally when you board a train in winter, you can expect pretty normal operation. JR is failry adept at anticipating problems due to snow, and getting it off the tracks. Wind is rarely an issue until it gets into the heavy gale stage. And even with these possible problems, the most that can be expected is a slight to slightly longer delay. Electrical malfunction is another matter entirely.

I boarded a train to return home from my place of work today at about 2120 hrs. The trip usually takes about an hour and a half to complete. This time, about half way through the trip, I see something out the window that looks a lot like a flash of lighting, which is rather out of place for winter in Japan. A few moments later, there is another, accomanied by a sharp snapping sound. Then, another, and the lights of the train go out, as it begins to slow down, drifting (thankfully) into the next stop. We are told in Japanese over the intercom that the conductors are sorry for the inconvenince, and that we should be on our way shortly. The train waits in the station (with the lights still off) for a couple of minutes, then begins the process of what I can only assume is the “re-booting” of the train. More flashes, more sounds, and a sinking feeling begins to set in.

The JR personell are now running around the outside of the train, properly marked JR cell phones in hand. Then they enter the train, and beginning taking down the final destinations of the passengers on a pad of paper. This is univerally seen as a bad sign within Japanese rail travel. After another few minutes of the conductors running up and down the train counting the passengers, we are ushered out onto the cold platform, and into the smell of disturbingly strong ozone.

Now here’s where it get’s interesting. Upon hearing this news, one of my fellow passengers takes issue with the conductors, and begins lecturing him very loudly while hitting him lightly on the abdomen and shoulder. The jist of which I made out to be “You’re JR for god’s sake, you should apologize more properly, what the hell are you doing?!” The passenger then proceeds to demonstrate how to properly apologize, bowing deeply, saluting, and removing a mock hat. Upon completing this, he hits the conductor again, and resumes the lecture. After a few minutes, the conductor decides he’s had enough, and reinacts the passengers apology, much to the delight of the onlooking crowd.

And at this moment, hurrah, the taxis have arrived! Another hour and a possible $50 later, I’m at the destination, and am told in broken English that the trip is on JR’s pocket! Hooray for government funded transport systems!

All in all, the trip took more than 3 times the length that it should have, but I’ve now experienced a rare failure of equipment in Japan’s rail system, AND two different levels of apology. I’m going to consider this venture a modest success." 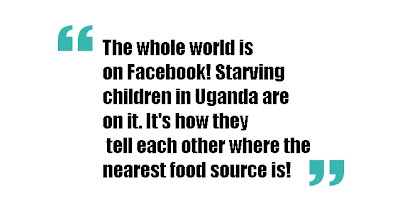 I came across this phrase in a article in 8days. It's so funky i made it into a quote so it looks cool 8D
at 9:16 pm