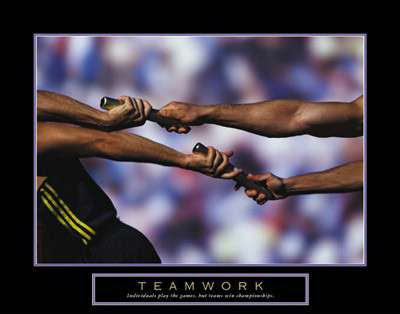 And i remember clearly that for last year's sports heats i was super happy after it too and i recalled blogging about it in my previous blog haha!
I think today has got to do down in my own history as the Happiest Day!
Today we ran for 4x100 and 4x400 relay consecutively. No idea how we did it, but we completed both! And came in third for 100m. Wonder if we could get into finals hmm.
But the point is, WE HAD SO MUCH FUN!!!!!!!!!!!!!!!!!!!!!!!!!

We started off with not having enough runners until recess when Grace decided to run!! YAY LOVE YOU GRACE! Our mentality was totally ah sec4s already, run and look cool, enough!!!
heehee.
And as much as this sounds mean, but siying and joy, im glad you'all couldn't make it (even though i sincerely wish that your played a good netball game today :D ), because who would have thought joanne makes such a cool runner!!!
She's always the one to say...
"Me run? You want ME to run?!"
"I'm going to cheer for you guys at the stands!"
"I will be super tired after the first 100m!!"
"Even IM running!!"

BUT JOANNE!!! YOU DID IT TODAY!!!
100m you were the second runner, so you passed the baton to me, and i was screaming like crazy for you. Even though you were kind of staggering when you passed it to me, I am so proud of you! You made it easy for me to try to overtake the runner infront of me hehehe, i trieddddd (LOL). Oh my goodness do you know the adrenaline that was running through me to see you sprinting towards me?!?!

And then when i took off for the 400m relay, i was the first runner and you maintained the third position!!!! And and, when i was screaming at you that the runner behind you was catching up at the last 80m or so, YOU REALLY DID SPRINTED EVEN MORE OMG HAHAHA I FEEL SO HAPPY! Now you understand the i-feel-good-after-the-run feel right right!!!!!!!!!


This month is pretty good! I had unexpected friendships, and unexpected outcomes like today! We only decided to run for 400m when everyone had already taken their tags hehehe.
Oh yes, and it felt so good to hear people cheering for me i was so touched!!
We screamed our lungs out for our class guys running, and they ran alongside and cheered for us!
The rain that came down during the 400m race was coolx10000000. We were drenched but it was fun/dramatic/touching cos our friends were there for us! And we went back to slap high five with each other :D
Even minghe attempted to help carry our heavy bags hehehe but ended up looking like an aunty, heee i feel bad.
Maybe it's because we didn't have much people there to scream for us, so we kind of like, had only each other! So we just shared coke and scream!

If you have realised... this post is full of exclamation marks!
I have been super duper happy/high/exhilarated/exuberant/anyword that describes happiness ever since heats started. Even until now when im blogging after i had gotten home and showered and everything! IM SO HAPPY I WANT TO DO A CARTWHEEL---- BUT I DON'T KNOW HOW.
Ulp.

I will really miss times like this, when i graduate, when i grow old.